I just keep going for what I know. Just doing it. Living it. Breathing it.

There’s nothing like pure musical expression that comes from the heart. It’s hard to find in the mainstream (music scene), but it’s easy to find in the expansive catalogue of Vancouver-based artist Moka Only.

Roughly 13 years ago, it was impossible to go anywhere in Canada without hearing the sound of Mad Child, Prevail and Moka Only, otherwise known (collectively) as Swollen Members. The trio had a string of hits that ruled both airwaves and television (back when Much Music played actual music). It wasn’t long after 2003 when the smooth voice that graced the bulk of their choruses went solo.

Since the Swollen days, Moka Only has released an almost unheard of amount of music (seriously his Wikipedia lists well over 50 albums), and has worked with the likes of Ayatollah, Abstract Rude, Planet Asia, Dilla and more. He is currently running with a collective artists known as the Torchlight Commission, which consists of Illa J, among others.

He’s an incredibly hardworking guy, with a genuine love for what he does. In the interview below he shares some insight on his time with Swollen, his inspirations, his work with Dilla, and his upcoming projects.

Can you start by introducing yourself?

Hulooooo! I’m Moka Only, otherwise known as Kareem Serene – among other things. Torchlight commission is my crew. How you doing?

I’m doing great brother! Not to sound all Brown Sugar, but how did you fall in love with hip-hop music?

I fell in love with hip-hop at an early age, probably in a similar fashion to a lot of other cats in the 80s. Just being around in the streets after school or even during. Some cats would put out the cardboard on the ground at school and start breakin’ with the box blasting. That made too much of an impression to ignore. I had to be down! Tried my hand at dancing, but it wasn’t my area of excellence. Rap just started happening from doing silly freestyles in 1986 to forgetting about it then picking it back up a couple years later – but with a pen. I was hooked! Still am.

How did you originally hook up with Swollen Members?

Swollen Members came out after Prevail and I sort of failed at being a duo. We met up with Madchild, who was also from Vancouver, and it sort of just clicked.This was around 1995. Came up with the name and just started from there. We connected with a lot of our other west-coast contemporaries at the time. I soon after realized I’d rather be solo but we kept doing work together – even more so during the early 2000s when I jumped back in the group for a hot minute. Much love to Swollen.

You talk about your experience with them on the song “Sleeping Dogs”. What prompted you to leave the group?

As for what I said on sleeping dogs, that was more or less a rundown of my last 15 years. There was no “break up”. It was just me being involved with the group for awhile. We made great music and memories – to this day Swollen def doing their thing. I just prefer the solo route, as I mentioned.

Let’s talk about your work ethic, because your discography is INSANE. How much time do you spend in the studio?

My studio ethic is serious, but I still make time for all the other stuff. It’s just that I love the creative aspect so much. That’s where the magic is – and it’s how I can communicate with the cosmos. I don’t really think about it, I just do it. Always been like that. Im not out to prove a point that I work harder than others, i’m just trying to maximize on my time.

Do you have lots of unreleased material left over from all of your projects? Can we anticipate more releases like California Sessions Vol. 2?

Oh yes, I have a TON of other unreleased material from the early 2000s. It makes sense that I would, because I was busy with the group thing for a couple years, which didn’t leave a lot of time to put out and promote my solo projects properly. Then when I left the group again, I didn’t really look back on my vaults cause I’d rather make new stuff. At least thats how I felt at the time. It was all recorded on ADAT systems, and if you know anything about ADAT it’s old technology that was plagued with quirks and tape eating. My last machine crashed in 2003 and I didn’t replace it until two years ago, so I was finally able to go back through the tape stuff and mix old songs from 2002 and 2003. There’s SO much! I love it and still feel strongly about the material even though I feel i’ve improved vastly.

There’s an innocence about the old material that I appreciate. It’s as if the more you learn, the more serious it all gets and you become caught up in the methodology more so rather than the FEELING. I think lately I’ve been returning to the raw FEELING rather than worrying about keeping up with whatever is hot. I’m always just going to be me. I’m not the punchline rapper, I’m more of an arranger of vibes – and yeah, that sounds kinda corny. haha.

To speak on the creative process I don’t want to give too much away, but let’s just say I do it the “old” way. It’s all outboard gear, no protools and all that. I use hardware, samplers, instruments and tape even to create the “Moka” sound, if I may be so bold. I mainly start with beats, because I’m a beat maker at heart first and foremost. The beats will dictate the vibe. I’ll either write or freestyle from that point on, then add more sprinkles and mix it. I do this every day when I’m not on tour so, you can imagine it piles up. Mainly every session is just to get sharper and to have sort of a journal – but if I have a project I’m working on then I stick to the theme of it.

You’re also (often) known as Ron Contour and Torch. Are these alter-egos, or simply just names?

Ron Contour is really the only other alter ego I’ve used. It’s a whole different character I haven’t visited that much at all lately. All the other names from the past are monikers, just fun stuff to keep it interesting for me and for the fans. Kareem Serene is my latest, even though technically I came up with that in 2003. I’m drinking a coffee right now. Ive never flown a blimp.

You’ve worked with the late-great J.Dilla, what was that like? What influence did his music have on you?

As far as the Dilla thing goes Im not sure what to say about it. I had reached out to him in the early 2000s and he seemed receptive and sent me 6 beat CDs. It was being arranged that I would roll out to Detroit and work with him in person. Being that I’m a pretty solitary person, and more so at the time, I decided I would rather record alone at home and thats what I did. A certain beat stood out to me and I just took it from there, freaked it and released it a couple years later. I always had the utmost respect for him though. In many ways he felt like both a peer and a teacher. A peer in the sense that when I became aware of his music, it felt like I had met a cousin or something. He was on some original shit, and took chances musically. That’s what I felt I was doing – his reliance on jazz textures is something I related to, since I had been doing that since the 90s as well. In the early 2000s it felt like not many other cats were.

As far as the teacher comment, his techniques bred creative sparks in all of us. I’m happy to say that the vibe has continued now that I do a lot of work with his brother Illa J. He’s also part of the movement I mentioned before, Torchlight Commission. Like-minded folks keeping the torch burning.

This may be a tough question, but what’s your fave album of yours? Can you maybe give a top 3?

I think my fave three albums I’ve released would be Lowdown Suite, Doctor Do Much and Martian Xmas 2009. At least right now that’s it…lol.

What can you tell us about NO?

No, I cant tell you about NO. It’s a secret. It won’t be for much longer though. I can say this though: It’s a song. haha.

What do you have coming up?

Coming up, I’m working on an album called Brutal and another one called Magical Weirdness. Magical Weirdness was made for a certain record label that I don’t want to mention, because I want to do a proper announcement when the time comes and the album is turned in. Plus, there’s a chance they may not even LIKE it. I’m sure they will, but I don’t have expectations other than I know that good shit will happen regardless. Can I hint? hmmm…maybe I’d better not. I also have the NO single, which is independent.

I’m also starting a record label with my manager called Beautiful Records, and no, I’m not looking for demos. I have a couple other cats in mind from my crew that I will release – but anybody that ends up on my label has to have similar musical values. That’s what we’re trying to accomplish with Torchlight Commission, Kinda like how Native Tounges was in the 90s. Just some cats that share a theme, but do they own thing. Not like a Wu-Tang thing, more loose.

You’ve been in the game for like 20+ years, is it a trip to see how things have changed so much?

Things have definitely changed. It HAS been a trip. The internets, the disposability of music as a result, and the way music is promoted. But the function remains the same as it did throughout all time – to entertain. THAT wont change. I just keep going for what I know. Just doing it. Living it. Breathing it.

The thing that keeps me going is just that, keeping going. I’m inspired by the feedback, and being able to do interviews like this – I appreciate having the podium to speak. Touring is also inspiring. To meet my fans and talk to like minded people is unbelievably beautiful. Just being a human, there’s so much shared experiences to muse upon in song form that we all can relate to. I CANNOT see how an artist could ‘run out of ammo’, so to speak. Just do the damn thing! Don’t worry about what all the other musicians are doing. Yeah. Eggs. Carrots.

Do you have any last thoughts or shoutouts for our readers?

On a closing note, I want to say thanks for the opportunity to speak – and  start looking up the Torchlight Commission! Between Me, Jon Rogers, Nick Wisdom, Illa J, Astrogical, Mosaic, A-Ro, Mr Brady, etc, we have a LOT of bang for your buck and your mind. Much love from Kareem Serene. 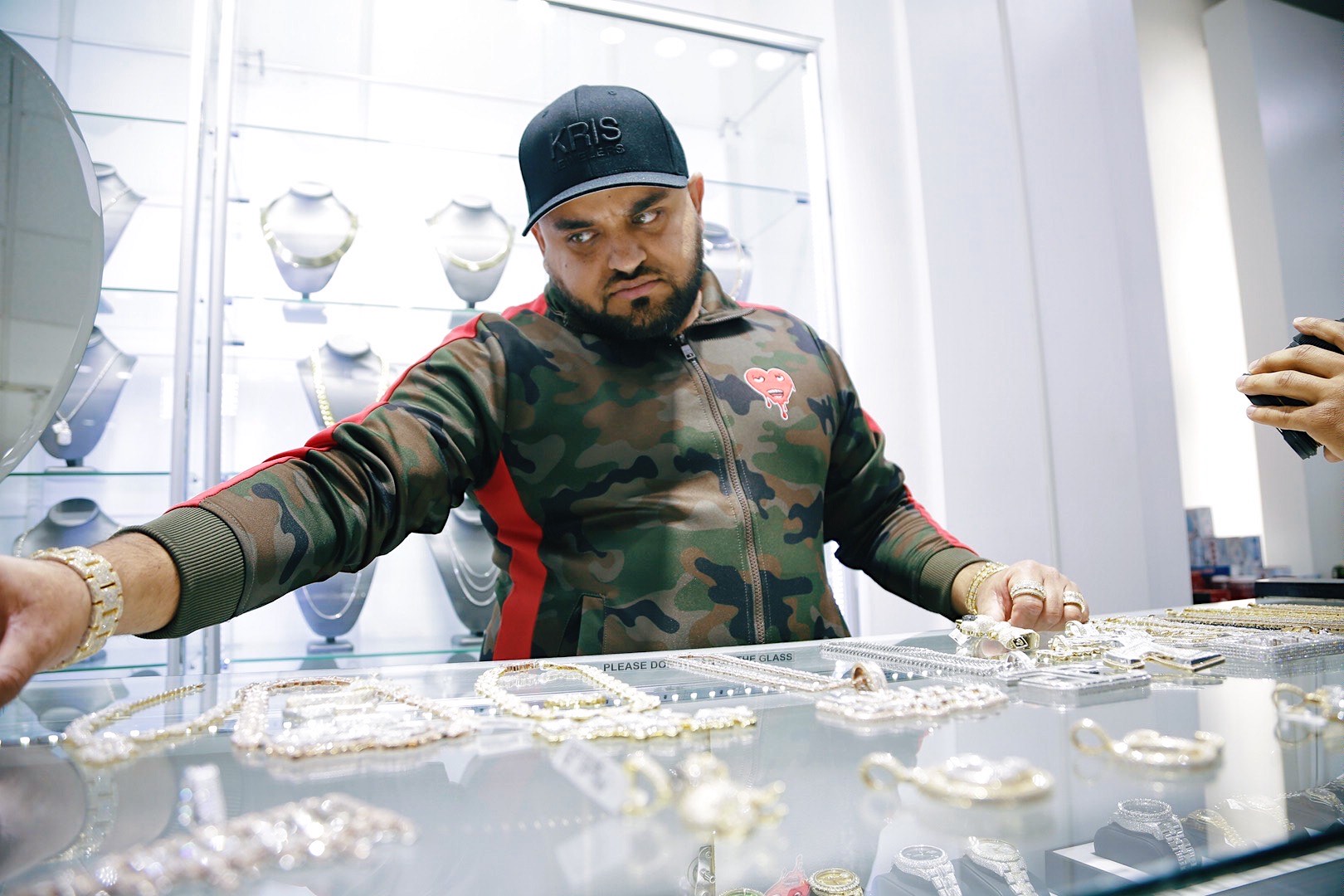 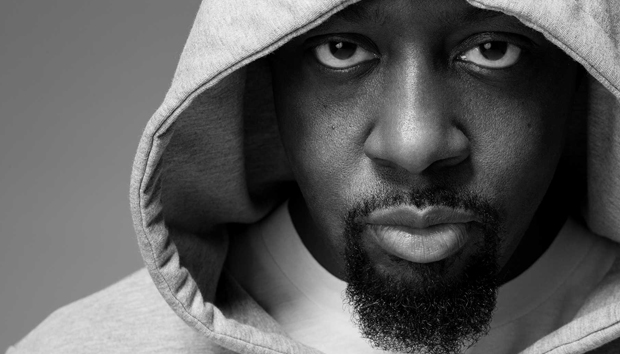 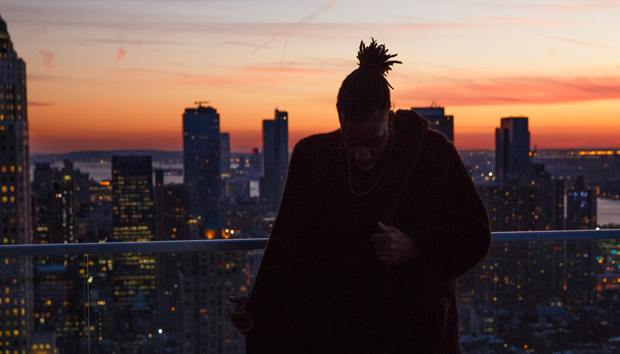