Mark Spratley is a name in the industry you certainly should get acquainted with. A master of many, creating an entity in so many different lanes within the industry from management, PR, writing, events, curation and much more. Within five years of the industry, Sprat has accomplished what takes many 20-30 years. The young 27-year-old mogul is creating an empire before our eyes, and it only seems to be getting more and more impressive. Why wouldn’t it?! From helping to bring artists such as Lud Foe, DDG, DaBaby, Smooky Margielaa, Albee Al, Sicko Mobb, Nikko Lafre and many more to the limelight, his resume is vast.

Take a look at our most recent interview with the Starting Five CEO as we discuss music, how to get in the industry, his journey and much more.

You’ve been in the music industry for only five years and have already created something massive. How did you do it and what is planned for the future?

Countless hours, grind, plotting and studying. I’ve learned, and LVL’d UP. That’s it. I knew if I put in the work, I would find a way. I go 3000% for whatever I do or whoever I work with. Some people make the same moves and expect things to change. Some people aren’t willing to starve to binge forever. I’m out here mastering and succeeding at whatever I do. I make sure of it. I’ve got an insane ear for music, that’s been known. That’s why some of your favorite A&R’s would be asking me to pull up to their office on the regular.

I’m here to take over though. I’m going to continue to put people into position and maintain my brand. The empire is forming; the foundation has been laid and built.

We recently saw in another interview that you have a new platform on the way? What’re the details on that? (If you can give us any)

NEW DAY, NEW WAVE (LITERALLY). Zias (Popular youtube star &influencer) and I are partnering up on a new media outlet x platform for something special. We’re about to surpass the field quick. Two powerful influencers, we already got the traffic between both of us, both widely connected. Run it up!

Bunch of content on the way from both of us

If you could tell someone looking to get into the industry one piece of advice, what would it be?

GRIND SMART. Bring something to the table. Your passion and time can go a long way. Learn. Be willing to do what the next man is not.

Do you know how much free time and work I gave out to get to where I am now?! Now my time costs. Money isn’t everything, in the beginning, work for your opportunity. People worried about $20-$5000 (Short term money) when sometimes you just need to see the bigger picture.

You wouldn’t want everyone to bring ketchup to the BBQ; you need someone to bring the bun, the burger, the juice, the drink and everything else. Do you feel me?! Same goes for the industry or any job you do in life. Bring something different to the table and create a demand for it. That’s when you create stock for yourself (You create worth).

What were you doing before becoming a music mogul?

I was doing the school thing before I decided to leave for music full time. I was making money however I needed to.

What new artists do you have your eye on?

NEW SIGNINGS on the way. I’m getting back in my artist bag 3000%. Look out for all of that. I got to hold my list down for the time being.

How did you get into PR?

Fresh Moss and Neako had me on a lot of PR type of moves early. I always studied and noticed was going on in the game. Got tired of hitting up a lot of these foolish and corny “Bloggers” and people that were out and around at the time that felt entitled. A lot of them aren’t even around anymore haha. Many didn’t want to see someone else moving faster or making something out of all this. I decided to take everything into my own hands. From then on I turned this PR wave into something masterful. Countless artists have popped off since through my PR, their ability and me connecting these dots on the daily.

Top 5 modern artists most likely in your daily music mix?

It all depends on the day and mood

A few artists are rising out of New Jersey that you’ve been alerting us about for over a year or 2. From Daidough to Coi Leray and many more. New Jersey has some talent for sure, how do you think your state will hold up in 2019?

New Jersey is UP right now, and it’s only going to get crazier. A lot of artists doing their thing. Daidough got home and been going stupid. Coi Leray has been spazzing since G.A.N.

Albee Al doing him as always, Tsu Surf home and just dropped a fire project, Arsonal on damn TV, Fatboy SSE is outta here and in his lane, Mir Fontane been putting in work. Jersey got a wide variety of sounds, every city/town is different, North and South Jersey completely different.

Beyond the artists, there are so many talented people coming up out of NJ and doing their thing in this music industry or elsewhere. It’s great to see people winning from your home state.

We remember you going crazy at SXSW with Smooky Margielaa a few years back when he was only an artist with a 10k following, how did you all meet?

Shit, my man Mike had told me I had to bump something while we were in LA. The track happened to be ‘Layed up,’ heard it and it was a wrap for me. His mans was GRAPE, we were all in LA, so we all linked up at the apartment, vibed and got to work immediately. Started putting in that push, went to SXSW and went full force after SXSW. Glad to see Smooky up right now.

We dove into your Twitter and did a little google search on you while doing some more research. We saw you got into it a little with Akademiks online last year? LOL, tell us more?

LMAO! If you did some research like you said I’m sure you know what was said. Jersey people certainly don’t tolerate bullshit. I called BS on something he spoke on. Jersey got behind it. That’s it.

What ever happened to Nikko Lafre?

Man, I can’t speak on another man that’s not with me. We had something crazy growing, that’s where I’m going to leave it. 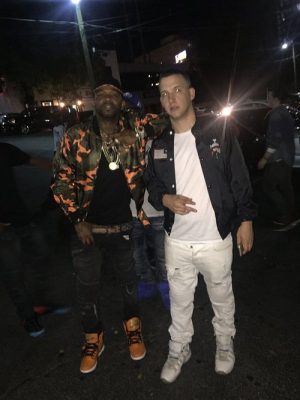 SHEESH! I don’t want to believe it, but it’s their right before our eyes. It’s a shame because his music and voice are legendary. I feel as though 60 Minutes would have been a more credible platform to present this problem to the world instead of a Lifetime documentary. I’d like to hear R Kelly voice his defense for sure, but regardless his actions are sickening. We’ll see how it taints his legacy, it is 2019 so who knows. 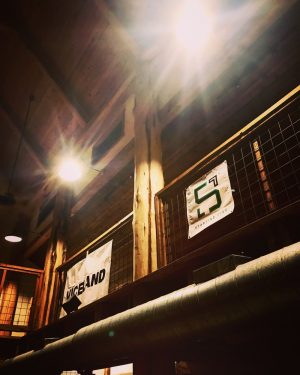 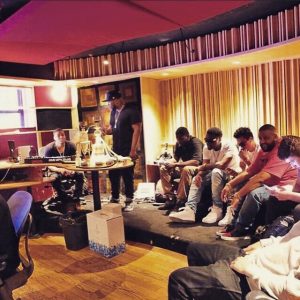 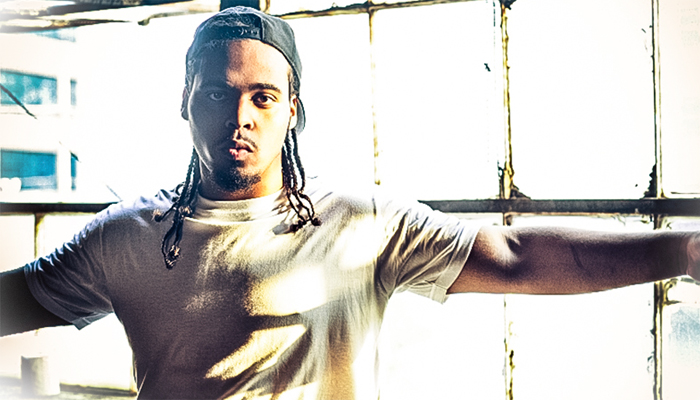 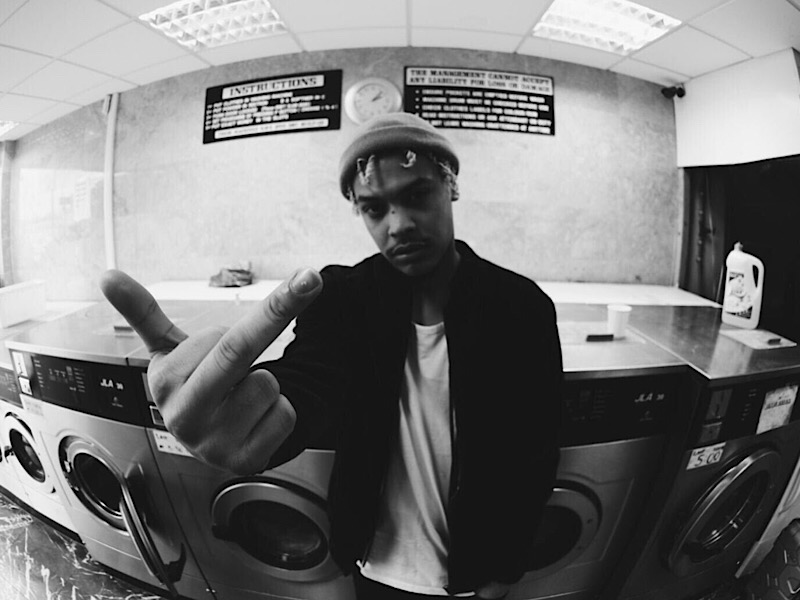 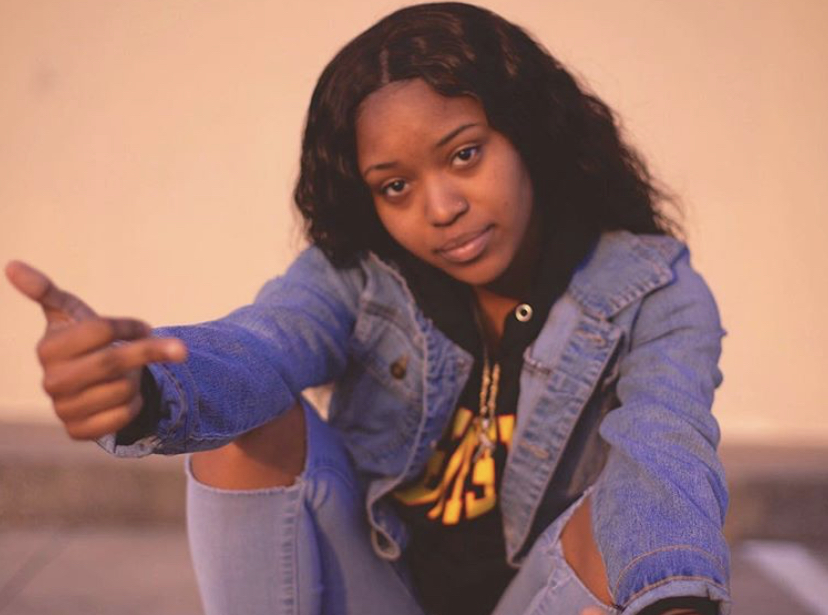