Winning Is Necessary: an interview with NZ export Winston Antony

No matter what it is you decide to do you have two options; give it 0% or give it 100% – there is no in between.
–Winston Anthony

It never ceases to amaze me how connected the world has become, and how worldwide hip-hop truly is. An example was last week, when I came across an up and coming rapper named Winston Anthony, who submitted his latest video All Night via our submission page. It wasn’t until I explored his bio that I realized that Winston was from New Zealand – of all places. In fact, our peers over at undergroundhiohopblog.com have dubbed him on of the most prominent artists from the country. That co-sign alone told me that I was missing out on something; a problem I quickly corrected.

Winston has a great visual presentation, a good catalogue of tunes, and more than enough plays – and buzz – to pique the interest of the average hype beast. We wanted to learn a little more about him, so we reached out for a Q&A to get more familiar with his process, his goals and his upcoming projects.

I got in to Hip Hop when I was about 16, I met this kid I was in high school with who was in a rap group with his little brother and another one of our homies. He asked me to join and back then I was way too timid so I offered to make beats and write hooks. I never turned back after that.

I low key hate this question [laughs]; but only because I was raised on R&B as opposed to Hip Hop. So, my answer is never the regular Pac, Biggie, Nas etc. I mean, don’t get me wrong, I do love the greats and always pay my respects. But my personal influences were more along the lines of Michael Jackson, Jay-Z, Kanye West, Timberland, T.I. & Eminem.

Being from New Zealand must give you a must different perspective on today’s music industry. Maybe talk about the scene out there.

Yeah, I mean the scene from New Zealand is a special scene I think. It’s a country where people aren’t afraid to try things you know? It’s been interesting for someone like myself though who was raised on quite an American style of music to watch the New Zealand sound grow and evolve organically and, of course, being a part of the industry watching artists who I know define that sound. I would say if you wanted to ever really listen to some Hip Hop that emulated New Zealand’s sound, look up these three names to give you a broad view of where the country is at: Home Brew Crew, Raiza Biza & Diaz Grimm.

Talk about Side Chick, and some of the response you received internationally.

Side Chick was an interesting project to work on. I wanted to do something that other rappers hadn’t done but also I love concept projects, so it needed that aspect. Then I came up with the idea of doing a project predominantly for women with the twist that it was actually about a bunch of side chicks. To be honest, it did better than I was expecting it to do, I was blessed enough to have the support of my fam out in L.A. (undergroundhiphopblog.com) with the drop and it sort of just grew from there. ixDaily from Canada jumped on board, AyeBro from New Zealand showed love, OZHipHop from out here in Australia supported, and it even made a best of 2015 list on Audiocamp. Admittedly it was a project where I let people know that I grew up on R&B. Like, I wasn’t trying to be hard, gangster or anything I’m not really and I think that’s why people took to it. At least for my fan base, it was something you could relate to. My female fan base related to it the most. I mean, I guess this is the generation of side chicks and side n***as.

I am currently working on the follow-up project to Side Chick. But this one is called Main Chick, I don’t really want to say too much about it at this stage other than that it sounds stupid good and that I’m going to need everyone to be patient with this one, because I have a couple of things planned for it which I hope can be mad game changers, at least for myself – and anyone else in my lane. Also that I believe that a musicians work should reflect his/her personal growth and this project does exactly that. I mean other than waiting for that, expect a couple of singles here and there to tide you over until the big drop.

What are your long term goals with your music?

My biggest long term goal is to find my place in the Hip Hop world, which I realise can be hard in such a saturated culture. But one of my producers said something cool to me the other day, he goes “Winston, you’re like that sportsman who has trained 100,000 hours already. You know what to do, and you’re ready to play, but you’re just waiting to figure out how you fit in the team.” Admittedly I still have a lot to learn, as we all do. But I do believe he was predominantly right. At this point, if my team and I can keep doing what we do, its only a matter of time.

Are you looking for a deal, or are you going to do it independently?

At this point I am focused on doing it independently. I was never raised to wait on anything or expect hand outs and one thing I learn’t, while I was in L.A. was that there are a million artists out there. Labels don’t really care who you are unless they can see you putting in work. So focusing on the independent grind seems like the only logical move you know?

Winning is Necessary. No matter what it is you decide to do you have two options; give it 0% or give it 100% there is no in between. That’s something that one of my mentors taught me a few years back and since then, my team and I have gone on to do a list of things that we were never supposed to be able to do. Other than that, don’t fit societies mold. I mean, I am a rapper who nearly has a law degree and is predominantly known for a project filled with songs for women; and I’m still making best of (Insert year) lists. Do you and do it well.

Do you have any last words for our readers?

If you made it this far, thank you, you’re pretty awesome haha. If you have been supporting since day one, thank you and I have nothing but the utmost love and respect for you. 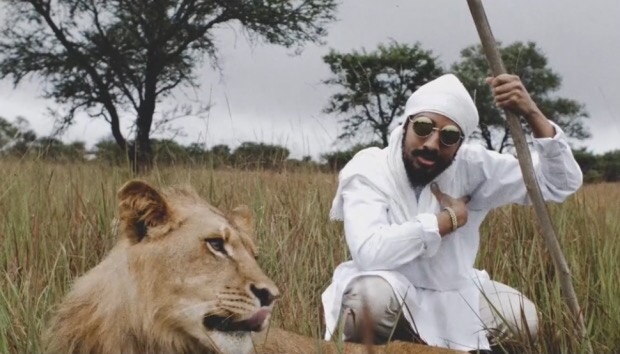 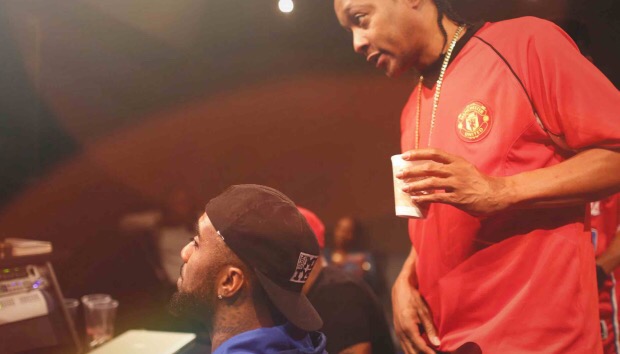 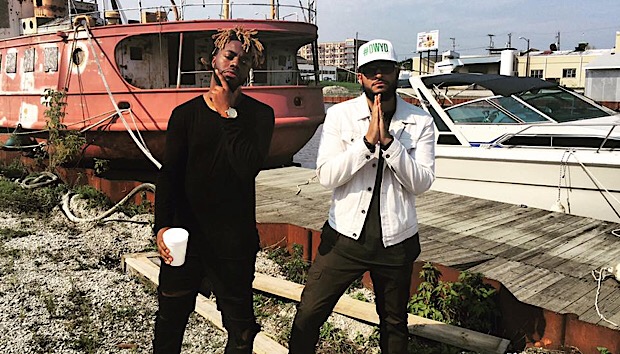 Billionaire Buck "Rich Before I Die"

A Legendary Night for Hip-Hop Heads