Vibes In The City / Weekly

Vibes In The City: Turkish Royale

Vibes in the City is a melting pot of talent with musicians from all walks of life. Turkish Royale, or Turk, calls the burbs of Parsippany, NJ home but was born and raised in Istanbul Turkey until he was six. Introduced to rock and country music as a kid, Turk was influenced by the likes of Tupac, Lil Wayne, Jay Z and more and began rapping at 15 years old. Not shying from his culture, you can hear sampled Turkish folk music on his latest song “My Iris”, a nod to a Turkish song his parents played growing up.

The MADMiNDS artist brings you conscious, thought-provoking, motivational, genuine and unique music to your ears with tracks like “Until Tomorrow” and “10,000 Hours”. I caught up with Turkish Royale to discuss being a Muslim American rapper; Hip-Hop and Politics, feelings on the N-Word and his latest project Tales for Tomorrow.

AAHH: How long have you been rapping?

Turkish Royale: I have been rapping since I was about 15. I wrote poetry when I was really young because of my sister and my love of words and it later found its way onto hip hop instrumentals.

AAHH: What inspired you to start?

TK: Just my love for writing I guess. Rapping to me has always been a method of venting. Like I say in my song “Until Tomorrow,” we have all been through some difficult things in our lives and writing music has helped me cope, grow, and improve in so many ways I can’t even begin to describe it. My life is definitely the fuel to my music.

AAHH: “Until Tomorrow” is one of my favorite songs from you. It takes you on ride on what makes you tick; the beat is dope as well. What’s the meaning in the song?

In the song I go on to mention that human kind is constantly searching for what’s next and we destroy what we hold now in the process. I mention that I want to do the right thing but it’s so hard to be good in a world where everything bad seems to be idolized. I wonder if it’s really just human nature. I was taught that moderation is key in life. A little bit of everything is good; too much of anything is bad. I mention also the problems of society we face right now. “We want knowledge but we’re too afraid to speak” is one of my favorite lines because it seems that everyone can agree that humanity is struggling to stay afloat in terms of its morality and societal configuration, but no one speaks on it. At the end of the song, I say believe in me I hope to god that you follow. I say this because my ultimate goal is to make a difference in the world on a subconscious/conscious/physical level. I hope that before I’m gone from this world my words echo in people’s heads and remind them that doing the right thing is up to you and no one else. Just because it’s cool to do drugs and be ignorant doesn’t mean it’s right.

AAHH: What’s the meaning in your name?

TK: Well that’s actually a funny story. When I was younger my older brother would beat me up a lot and he “invented” a move he called Turkish Royale where he’d pick me up literally by my face and slam me onto the bed haha. I guess it stuck with me and I later learned he smoked cigarettes that were called Turkish royals.

TK: My friend Ray Bentley invited me out one day and I really had fun so I came back a few times haha

AAHH: In your song “Penny for Your Thoughts” you rap about being a Muslim American, how has the election affected you?

My brother’s best friend for 15 years stopped being friends with him and called us terrorists during the election. I am very outspoken and am really into politics so it has also given me the opportunity to speak to people about it and open some minds. Besides that there’s the whole Muslim conversation going on in America now and it’s really just kind of unsettling. I am from a Muslim family, which is why it’s a subject of discussion for me, but I myself am not firmly in any religion. I believe God is in us and it doesn’t matter what vehicle you use to get to God. But when a religion is so blatantly disrespected and misconstrued, especially one, which relates to me in a way, I feel some type of way.

AAHH: Have you become more conscious due to the state of America?

TK: I’ve been conscious since before the election. I actually phone banked for Bernie Sanders and really tried to advocate his victory. Politics, I believe, is so important for everyone to know about. It is a direct representation of our society and it’s rules, we would be foolish to ignore it.

AAHH: In your track “Krazy”, you drop the N-Word a few times. What’s your opinion, as a non-African American, using the N-Word in your music?

TK: I feel like as a non African American, it’s just so confusing. I know that as such I really have no say as to how I can or cannot use the word so I really don’t know how to feel. The music I listen to, the people I hangout with, my whole life I have been exposed to the word and I guess as a way to assimilate I took the word into my vocabulary subconsciously. As an artist, I translate my thoughts the best way I can to communicate the message. I believe people including myself, use and understand this terminology and I hope they know it’s never said to be disrespectful.

AAHH: Have you received backlash from using it?

TK: Not backlash, just constructive criticism. And out of respect in my newer songs I use it much less, if ever.

AAHH: Will you be dropping a mixtape, EP or Album?

TK: I just dropped my latest mixtape Tales for Tomorrow January 30th. I do have a follow up ep to the mixtape in the works, but that’s still highly under wraps

TK: In T4T the singles were “10,000 hours” and “Penny for Your Thoughts”. As for the next ep, its still unannounced

AAHH: What do you want fans and new listeners to get from your latest mixtape?

TK: I want people to get a new perspective, on the world, on society, and on them. I believe I give a lot of myself in my music and put my soul into it, so I hope that people can sympathize with my troubles and find a way to improve themselves . Hip-hop for me has changed my life. People like j Cole, Kendrick, Kanye West, Chance the Rapper, Logic made me want to improve my situation and be a better person so I hope others can feel the same.

AAHH: Do you have a crew or indie label?

TK: I have a crew called MADMiNDS, which I started a few years back. MADMiNDS is a movement which anyone can take part in.  A madmind is individuals who look to better themselves and create positive waves in the world. They are also people who, like myself, see the negativity in our world and refuse to give in. We are 100+ strong consisting of people from all walks of life from rappers to college professors and business owners. We are pretty diverse and I plan on spreading the madness worldwide.

AAHH: Do you have aspirations to become mainstream or is the goal to stay independent?

TK: My objective is to be a worldly influence. My music is far from mainstream, but nothing is wrong with mainstream. I’d love to plug in to the airwaves and have my music heard.

AAHH: What can you bring to Hip-Hop?

TK: I can bring a whole new perspective. I am adamant about change and rap is simply my current tool to accomplish it. I can bring positive vibes and a touch of foreign culture and insight. I have seen many things in my life and I would like to share it with the world. I feel as though the market is saturated with trap rappers. Its a nice change hearing raw unfiltered emotions on a track as opposed to the same regurgitated “sex money drugs” rap were all so used to.

AAHH: What’s your writing process while in the lab?

TK: I like to be alone in my room. I try to write everyday just to keep the pen skills sharp but I only really write something when it clicks. Whether that means I have something on my mind or I hear a dope beat and words just come together, really good music happens fast. The ones I sit and write for hours or days are usually not so much song worthy, but more a flow of my thoughts.

AAHH: Biggest highlight of your career so far?

TK: The last two months in general have been full of personal successes so choosing one is hard. I’ve had the chance to open for Joe Budden, Mobb Deep, I’ll be opening for GhostFace Killah, and I performed in front of 1000 people at a festival. But I think the best one was the Mobb Deep show. I was able to bring out 80+ people, killed the performance and walked out of it all with a nice pay.

AAHH: Describe your sound and influences.

TK: I think my sound is more slow, conscious, and musical. My voice is pretty deep and harsh when I rap. I was influenced by J. Cole, Joey Badass, Kendrick, AB Soul, Tupac, Biggie, and a lot of rock music like Red Hot Chili Peppers, Bon Jovi. My influences in terms of content are the things in my life like family and friends.

AAHH: If you had the chance, what rapper would you collab with?

TK: J Cole, because he really is an artist I feel I am most inspired by. His music connects with me on a deep level. I feel like we’d make some inspirational stuff.
AAHH: When’s your next event/performance?

TK: This will definitely be updated but the biggest performance coming up is on 5/11/2017, I will be opening for Ghostface Killah in Stanhope NJ at the Stanhope House!
AAHH: How can people contact you?

TK: 973-960-4138 / turkishroyaleproductions@gmail.com / FB: Turkish-Royale / TW: Turkish_Royale / SC: Orgoon / IG: Turkishroyale / The website launch is set to launch in April!
Turkish Royale, one of few honest to the core rappers I’ve met. Checkout his latest project Tales for Tomorrow and if you’re in the area, go support him as he opens up for Ghostface Killah this spring! 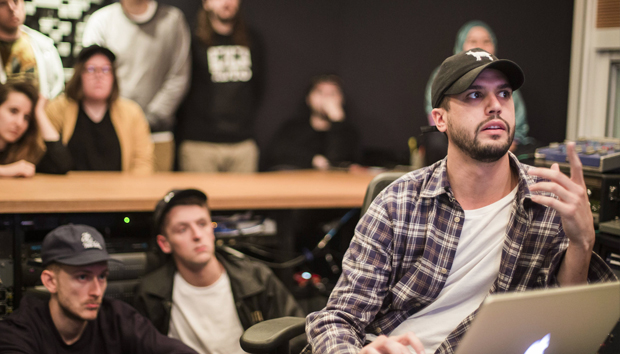 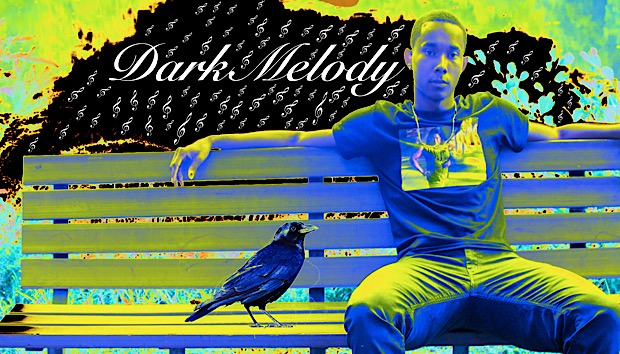 #IndieSpotlight: Chicago Rapper Stro Is Putting On For The Southside 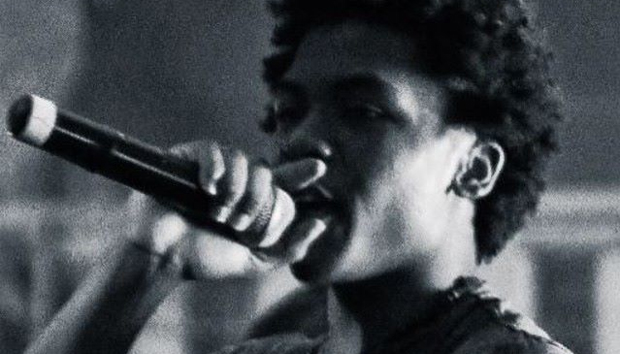 Vibes In The City: Khalil Jibran

Vibes In The City: J.1Da

#IndieSpotlight: Vas Leon Impresses With A Deluxe Version Of His Album 'Krossover'