Chaz Van Queen exhibits a deep empathy for the creative process with his new self-titled album released under this stage name Chazmere. Lyrically exposing his listeners to the south Bronx hip-hop traditions, Chazmere emphasizes the value of teamwork throughout his productions. He is a teacher, mentor and artist in his community, bringing forth the vibrant South Bronx culture through his presence in the music industry.

“I take the Bronx with me wherever I go. It is one of the poorest congressional districts in the country, and it’s fucking important to me that I help and do my part to open up the floodgates for appreciation about art.”

Chazmere, with collaborative works contributed by NIKO, reflects what he has learned from working with Talib Kweli. He stresses quality in his productions with a strong, lasting, yet graceful style that sounds like the vibrant and expressive culture of art and hip-hop in the Bronx today. His spiritually and artistically connected self-entitled debut marks the beginning of a new side of Chaz Van Queen. Chazmere comes in full transition to producing his most provocative and cohesive project to date.

What’s different about this album as opposed to previous ones?

Trust! Trust in one’s self, trust in one’s innate ability. More of understanding and awareness of self. On a macro level, the overlaying thing is trust. Also teamwork! On the first two albums, I was principal producer, executive producer; funding the album, recording the songs, and mixing the records. Consulting others was my specialty. With this record, I was delegating certain duties. I had more focus on the creative direction and production, writing, performing, sound design and stuff. The engineer was a big part of why Chazmere came together so quickly and why it sounds so cohesive. He did a great job, and I think that is one thing that made a big difference.

How did you come to work with the various artists on the album Chazmere?

I came to work with NIKO through a young lady that was writing for Vibe Magazine and ERB Magazine — respectively — a few years ago. She is an exceptional journalist and had a vision. She said, “I think the two of you should meet and possibly work together. At the very least, you should know of each other.” I was like great! So when I was out in Paris like two years ago, I decided to hit him up. We had been talking a little bit online, and we listened to each other’s music, and we had a conversation while I was out in Paris that solidified our relationship. We did the Colours of Culture album; we did a lot of collaborations on various songs including two new ones on his album and two new songs on Chazmere. He has an album worth of material that we’ve done together. To move on to Talib Kweli. He was the first concert I ever went to; but, I met Kweli through NIKO. I also knew him through his son, Amani Fela. I was doing work with Amani and his home girl on his album, and his dad was catching wind of that. I was also working with NIKO, and his dad was also catching wind of that.

Lyrically, your humorous social commentary and storytelling reflect the traditional South Bronx hip-hop style, telling the story of urban decay and the effects of violence. Is that intentional with your music?

I think it’s intentional, but it isn’t as conscious. It almost feels subconscious. Like you said, those are traditional things. I think they are engrained in my repertoire, reminiscent of how a trumpet player just knows certain lines. Things become standard after a while and think that social commentary is a standard. Wittiness is a part of my personality I think. I use it in my music to circumvent the message instead of trying to ram it at them. With music, I try not to force shit down people’s throat. I try to open people’s mind to the experience and enable people to ask questions, seek answers, and seek more.

I hear a lot of jazz that early 70s Jazz in your music with those synthesizers and horns. What’s up with that?

I think a lot of my style as a musician and producer can be attributed to a lot of 70s stuff. A lot of progressive groundbreaking stuff happened in that era. There are things that are happening right now in music that are groundbreaking, but there is a synth influence that exploded in the 70s. We are not trying to bring back anytime! My music that I make is in no way an effort to bring back some era in music. I’m not attached to any era — my soul is not fully in the early 90s. I don’t like when I hear rappers or artists who are fully emulating a certain era. I think that is a finite thing to do. On Chazmere 2, I have this line in this one intro that’s like “I may not be one particular thing, but I am an appreciator of things.” And I think like everyone, I’m a culmination of a bunch of things and through that, I try to progress myself, progress my culture and progress the art scene in the Bronx specifically. It is something I am attached to. I take the Bronx with me wherever I go. It is one of the poorest congressional districts in the country, and it’s fucking important to me that I help and do my part to open up the floodgates for appreciation about art. Also, the person who employs rap in the scene. I cannot be oppressed or approached with this sort of rap stigma. I understand that there is a surplus of rap. It is cost effective and easy to make with the technology in music today. But I’m moving in a way that garnishes appreciation and attention to detail.

Building Beats is a mentorship non for profit organization that seeks to use the art of production to empower children and to teach entrepreneurial skills. How did you get involved with Building Beats?

I got involved with Building Beats through the founder Phi Pham. We had a mutual friend who was working with me during the time of my second album. I took some initiative, and I was like – hey we have this mutual friend Brandon, he was saying that he wants to get involved with this and that you’re interested. He said hell yes I am interested! So it worked well. We decided that I was going to be teaching artists at Building Beats. It has been great. We are leaving for Paris on May 26, and we are going to shoot some video and teach some French naval officers. It should be kind of cool!

How has working with the Children influenced your songwriting and your work as a producer?

I embrace beyond certain. I think that is what working with the young is like for me. I mean, I am the youth. I don’t see a crazy difference between them and me when I look at them. You know what I mean? I don’t feel far away from them. Music keeps me very close to them! It helps me embrace new things and change new things. The opportunity to catch something at the very beginning with a child, and how they come into contact with music is something I’ve learned through my students. There are different ways people come into contact with music that wasn’t available even a few years ago when I was in High School. To answer your question, working with the children make me embrace things I am uncertain about, and make me more inclined to stay new and not get caught in a pattern.

It sounds like you see yourself in them — and they are an essential aspect of your development and identity as a writer?

What’s next for you Chazmere?
I’m going to be releasing music at an exponential rate! I enjoy it, and it’s healthy for me! So Chazmere 2 is very near ready. If a cheque came and it was substantial, we could put Chazmere 2 out right now! I’m really excited about that. There is a new Colours of the Culture collaborative album coming out. I was just with Kweli and NIKO in Miami about three weeks ago. We shot a song that I did on Kweli’s album. We started working on the new Colours of the Culture material.The main producer and founder Thanks, Joey, really takes on the creative director role and handles quality control. He has taken the lead on that. I’m really invigorated by the group aspect of things. I don’t like being isolated. So that’s on the horizon. Once again I am leaving for London and Paris in a couple of weeks doing shows and teaching. I am also setting up a course for young adults 18-25. The millennials are the leaders right now. Everyone wants to market to us; everyone wants to sell us shit. I just want to make sure that there is an understanding of self at least musically and show how I can help a person do that.

I can see that. Your colorful and vibrant videos speak metaphors. I think they speak so much of the culture of the Bronx and the vibrant art that is going on there. I think that will come across to your fans!

I appreciate that man! I directed all the videos for Chazmere. I wrote and directed! The next video coming out is the last song on the album Something You Can Have. It arguably is my favorite video on the album. I’m excited to get people inspired with the music and this video. I’m young, but I’ve been making music for a while. Over time I just felt more sensitive to other forms of art. Music has been like the only thing I’ve been actively doing artistically. So it was beautiful to get into direction and the hustle of it. I did everything for those videos it wasn’t just like – Yo, call up the homies. I had to do casting calls! I had to do mad work for those videos. But the growth is pure; it’s genuine, and it’s lasting. I may grow slower, but I’ll grow bigger, and the audience will be more loyal because I’ve created something that is timeless, forever, lasting, and genuinely inspiring for other people. We have to create our opportunity and then we have to capitalize and exceed expectations and keep deadlines. June 10 was decided by Chazmere. 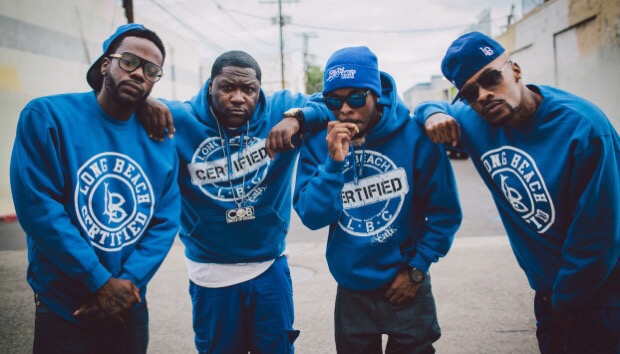 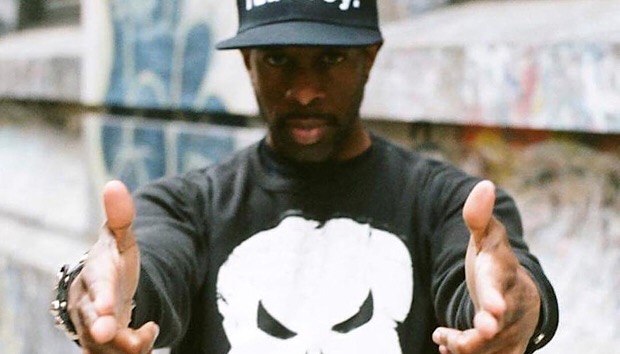