Like father like son – it’s impossible not to recall this saying when listening to the young rapper Chris Rivers from the Bronx. Chris is the son of the Latin multiple-syllable legend Big Pun, who rose to (platinum) prominence in the 90’s as a member of the Terror Squad. Far from the only child-of-a-rapper out there nowadays (i.e Eazy E’s son, Run’s kids and even the son of the late ODB), Chris sets himself apart from the pack by striving to create a personal brand that falls outside the shadow of his father’s enormous (no pun intended) legacy. He’s a humble kid who’d been putting in an incredible amount of work, and it shows in the most important place  – his music. Check out our interview with Chris Rivers after the jump.

Introduce yourself to the people

What’s good people? My name is Chris Rivers, and I’m the son of the late great Big Pun. I’m an artist from the Bronx (the dragon).

Tell me a bit about your background and how you got into Hip-Hop.

Obviously being the son of someone who was so heavily involved in the scene, I was always around it as a child. I grew up in studios – but, I mean, he died when I was six, and I wasn’t involved (in music) at that point. However, like any child who grew up without a parent will tell you, music fills a void. I was always influenced by it, and it’s always been a part of my life. I’ve always been naturally talented with words and writing and after high-school, about 3-4 years ago, I started to pursue this seriously. Thank goodness for the internet – I began releasing music/videos, and they just caught fire. I’ve come a long away but know I still have a long way to go.

Who are some of your influences and top artists?

Black thought, Eminem, My Father, Mos Def, Lupe Fiasco – and newer artists like Kendrick Lamar and J. Cole. I like stuff with substance and lyrical content.

Talk about your releases thus far.

Wonderland of Misery 1 & 2 are available now on DatPiff – and they are an embodiment of myself. I took my time on my music. You can hear my progression over those two tapes. If you want to get a sense of who I am as an artist, definitely get your hands on those. I also have the EP that we put on I-Tunes.

Do you, or did you feel any pressure based on who your father is?

I did feel more pressure when I first started – I mean my dad is a legend, and one of my fave rappers. Not just because he’s my dad, but because he’s legitimately one of the best to ever do it. I mean I’ll be on the street or on the bus (or whatever) and see people with tattoos of him, and they’ve never even met him. To be that iconic is really heavy. That being said, I knew that if I was going to do this, that I had to deliver at a certain caliber. I knew people would definitely hold me to that, so it’s a gift and a curse. It keeps me on my toes, and really motivated me to give my 100%. I’ve found that as I’ve grown though, I feel less and less pressure – as I become my own person and become more comfortable with my own identity on the mic.

I think it’s admirable that you keep it so, for lack of a better term, 100 in your music. I mean on tracks like The Destroyer, and I Feel You, you get extremely personal.

There is definitely a misconception about me – a lot of people think I came up rich or a certain way. It’s crazy to see people debating on forums and comment sections with me about my life. I’ve just tried to keep my music as honest/real as possible. I don’t want there to be a separation between the artist and the person. Everything I talk about has either happened to me or been witnessed by me – so when you listen to my records, you can know that you’re getting the true story.

There are a lot of cats around now who are children of famous artists. How important was it for you to build a brand outside of your father’s legacy?

It’s one of the most important things for me and I don’t knock these other guys – I mean I’ve toured with the likes of Young ODB and JoJo (and others). They’re all good dudes, and everyone has a different take on it, but I think I have a sense of individuality. I’ve always wanted to be my artist, and that holds a lot of weight to me – and that in turn holds weight with other people. I mean some cats may be more comfortable paying homage, but I try to stay away from that as far as me establishing my name. Maybe later on in my career I’d be more open to things like that, but as of now my brand and image is my priority.

What’s coming up for Chris Rivers?

First quarter of 2015 I have a project dropping called Let Me Show You. On top of that, I’m working on a few other projects simultaneously. Stay tuned to my Website and Twitter for my latest releases and upcoming videos.

Appreciate you talking to me brother!

Pleasure is all mine.

Riley here — father, artist, videographer, professional writer and SERIOUS hip-hop head. I'm a member of the Universal Zulu Nation, and I think everything is better on vinyl. Add me on Twitter! @specialdesigns
Related Articles

Unlike most artists, OKC rapper June Popi isn’t allowing the current pandemic to stop his progression. A street-smart new sensation considers capitalizing on the current climate to achieve superstardom for his unknown region, an act that puts him on a collision course with the top of the charts. On his way to the top, we talk to June about his loyal fanbase, turning dreams into reality and how the current social issues affect him personally. Ahead of his promising debut, learn everything about June Popi here.

What is the most important thing for you to accomplish within your career?
Be able to say I chased a dream and caught it.

What do you want to say to your fans?
I got some of the most solid fans on God. I fuck with them personally

How do you feel about the current events taking place in the world right now?
No justice. No peace. RIP George Floyd

As an artist, what is the first thing you plan to do once this pandemic lifts?
I’m outside with it. I’m going wherever I need to be.

How have you been utilizing this time as an artist?
I have been working on an album.

Any last remarks?
Stay down and go get some money.

In today’s Hip Hop, jewelry is as essential as the raps. Artists have to always shine bright and what better way to do that than with a never-before-seen piece of jewelry that catches everyone’s attention. This is where Mississippi jeweler, Kris Jewelers comes in. Kris is one of the hottest new jewelers in today’s Hip Hop who has become a most-sought-after industry go-to in 2019.

Through word-of-mouth, Kris Jewelers has accumulated a who’s who clientele which includes music’s biggest names like Jeremih, Blueface, Swae Lee, Birdman and many more. Not just music, Kris has created several priceless pieces for professional athletes in both NFL and NBA. 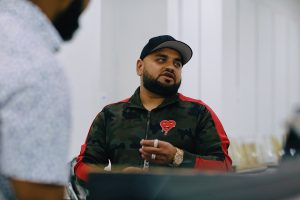 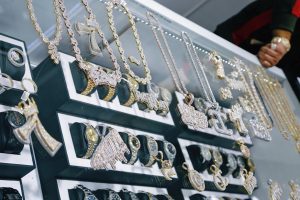 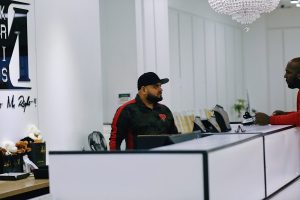 The rapper Lil X, born in El Paso, Texas, is crafting an undeniable path to the top right now. Young, rowdy, and popular, he is achieving viral attention with his new project, New Kid on the Block, and the project’s breakout hits, “Galaxy” and “Bands All Done”. On the verge of becoming a social firestorm, we sit down with the star on the rise to get familiar with who he is, where he’s from, what he’s about and what he has in store.

[AAHH]: What was it like growing up where you are from?

[Lil X]: It was fine, I got to do what I wanted. El Paso is right on the border of Mexico so there is lots of tradition and mixed culture.

Has your family been supportive of your career?

Yes my family has been supportive and I know they are trying to understand what I’m doing and one day fully learns what I’m creating and what I’m making.

If you had to choose one record for someone to listen to from you, what would it be?

Greatness, its uplifting and gives off a different feel. I personally say most people would enjoy this song.

Was “New Kid on the Block” your debut project or can new fans find more of your catalog elsewhere?

It was mostly my debut project but im going to be releasing more music soon.

Can you describe the creative process behind “New Kid on the Block”?

Well I sat down in my room and I played the beat and found were the words would fit and then created the correct melody and bam I took out each song one by one.

What are the singles from your latest project?

Galaxy, Pouri’n, and Bands All Done.

Any notable producers you are working with or want to work with?

I think Reazy Renegade is a great producer I work with. I would like to work with Molly Raw and Muder Beats in the future.

Any big-name features in the vault that we could expect anytime soon?

I have a couple of people that I’m talking with but I don’t want to give them up yet.

You’re only 16 so we wanted to ask you a random question. Can you name 5 Lil Wayne records? If so what are your favorite 5?

If you could choose 3 people to be on your next project who would it be?

I would probably go with Tavis Scott, Lil Skies, and Lil Uzi Vert.

I have a lot of different things happening and I’m looking for my best options before I sign to anything.