With all of the accomplishments underneath Brooklyn artist Tahj Ace’s belt, it’s hard to believe that he’s only eighteen and just graduated high school. Ace possess the work ethic and motivation that most kids his age only dream of having. The graduate plans on attending college while still focusing on his music. When he’s not landing roles in Obama biopics and television commercials, he’s gearing up for the release of Cool High The Mixtape. Cool High is the musical storytelling of Ace’s high school days to the adult life. Besides his mixtape, Tahj Ace has been busy touring North America; he has a few shows coming up in Los Angeles and Atlanta in a few months. I had the pleasure of talking to Tahj Ace via Skype; he had just wrapped up a stint at NorthXNorthWest in Canada. Take a look at our conversation below! Be sure to follow him on Twitter @TahjAce!

Since you aren’t releasing Cool High on your 19th birthday, when can we expect that?

Definitely before summer ends. Summer ends September 21st, so I’m going to say…. Well actually I’m a creator, so I’m going to create a date right now. Let’s see…September 7th sounds good. Because by then I know I’ll have other visuals out and budgets together.

There isn’t much online about you besides that you’re from Brooklyn, and you apparently graduated high school. So do you mind telling me about yourself?

I’m an artist from Brooklyn. One of the main reasons why I started making music was just being exposed to it. That’s a big culture in New York, music fashion and art. Most people pick up one of them; I guess I can say I picked up all three. In my videos, I usually like incorporating fashion to the beat of the song. If I’m doing an old school song, I like to wear old school stuff like something you would see in a 90’s videos.

So who would say influenced you to start making music? When was the first time you thought to yourself “I want to start rapping?”

Honestly, being young you’re always influenced by rappers that you see on television. For me, 50 Cent and Lil Bow Wow were the first two rappers that I came to see as superstars. But the person who inspired me to make music was Diggy. I saw him blowing up as a kid. I saw that adults were able to respect a kid’s artistry and a kid’s hard work. So I felt like I could do that. At the time I wanted to be successful as a kid, but I didn’t put myself in situations that I’m putting myself in now. And even as far as the work ethic being a kid certain times you can’t separate false reality from true things. So you kind of get lost on your path. So basically I lost my path, but now I’m finding it again. And that’s really what Cool High is really about. It’s about showing my high school life and how it’s bridging me into the adult artistic life.

When you say that you kinda lost your path, what do you mean by that?

I was in a group called ERMATIC$. We were a hip hop trio at one point; then we were a duo. That was my main focus in life from 2011 to late 2014. I was focused on pushing the group. I was the manager and lead artist. I was focused on pushing the group more than anything. And other members weren’t’ as focused, but certain things didn’t line up. So I guess that situation wasn’t meant to be. I lost certain opportunities. I just stopped making music in 2015 until New Year’s (2016). When New Year’s came around, I had to get back into the studio because I didn’t have any personal tracks for myself I had to start over as an artist. That’s what I mean by “finding my path.” This was when I decided that I have to do it for myself to be as successful as I want to be.

It seems like you’re super motivated and hungry to become successful. So what’s your biggest aspiration for 2016?

I want Cool High to come out and be a successful release. And I just want my hard work to be recognized and pay off. In some ways, it is being paid off like by doing this interview right now.

You just came back from Canada, what were you doing there?

It was the NorthXNorthEast Festival; it’s a big festival. I was out there doing shows. I did a video to my song “Esco”. I linked up with artists that want to work. The videographer that I’m working with has some ideas. I want to go back soon.

I’m surprised at how much older you sound when you rap. It doesn’t sound like your typical 18/19-year-old kid on Soundcloud. It is impressive. How did you develop your style/flow?

It’s a mixture of the people I was around, rapping around. The artists I listen to around my age, Capital Steeze, Vince Staples, G Herbo. Listening to artists like them inspired me to mold a different sound. I can go on an old school beat and rap about some trap shit but also make it sound melodic and give it a message. That’s what Cool High is going to show, a different mixture of things. I don’t want to only give them an old school vibe. People want to hear so many things right now. Sometimes they want to turn up, sometimes they want to get in their feelings. I’m going to alter my voice for the people while still telling my story. You can’t just throw out your story without throwing a little fiction on it.

When people listen to your music, do you get a lot of comparisons? Do the comparisons bother you?

Being in the group a lot of people would tell me Cam’ron, Joey Bad Ass Pro Era, they would tell me Wu-Tang. Kriss Kross bc of the way I dress in my videos. But no everybody is influenced by somebody else. I appreciate being compared to good people.

Who do you think is killing it in the rap game, who do you find yourself listening to a lot?

I listen to a lot of G Herbo. I listen to Chance the Rapper. I played the whole album a lot (Coloring Book). As soon as I heard the album, everything matched up. He put it out at the perfect time. It was the perfect time for me. The album matched how I was feeling. It was the last month of high school; I was just going away. The mood of Coloring Book was about to creating and coloring a real vivid story, and some of us might not understand, but it’s going to be art. As we look at the Mona Lisa, we might not understand it, but we know that it’s art.

If you had the chance to collaborate with any person who would it be? G Herbo?

That’s one of my fav rappers. He’s 19. He’s my age. I like seeing artists doing things that I can do and also get out of their struggle. So I would say him and Mary J Blige, get her on the singing tip. Get her on background vocals, on the outro of the tape.

You mention G Herbo only being 19 and seeing other artists your age get out their struggles. Do you ever get discouraged and think that this isn’t for you and that you should try and do something else?

Yeah, of course, sometimes you might feel like it’s not rewarding enough or you get bored. But you can’t get bored of your path you just got to follow it.

But how do you make it new again?

Certain times your destiny just finds itself, if you’re connecting with music. Someway, somehow if it’s meant for you to make music, it will come back and connect with you. Music just came back into my life because I wanted to accept it.

Do you see yourself eventually venturing out and doing other things?

I want to own organic material companies, alternative energy companies. Stuff that’s going to change the lives of myself, my peers, and the universe. Not only through music, because music also cures and helps the universe. But I know there’re way more things that I can do to achieve greatness in this world. Music is also the gateway to it. By me becoming a popular figure, I can use my voice in different ways as well.

You have a pretty good grasp and sense of who you, is there a phrase mantra you live to keep you going?

“Don’t ever play yourself” and also “Never fold in times of adversity” because when you fold you slip and when you slip you fall. And an Ace never folds. That’s another reason why my name is Tahj Ace. 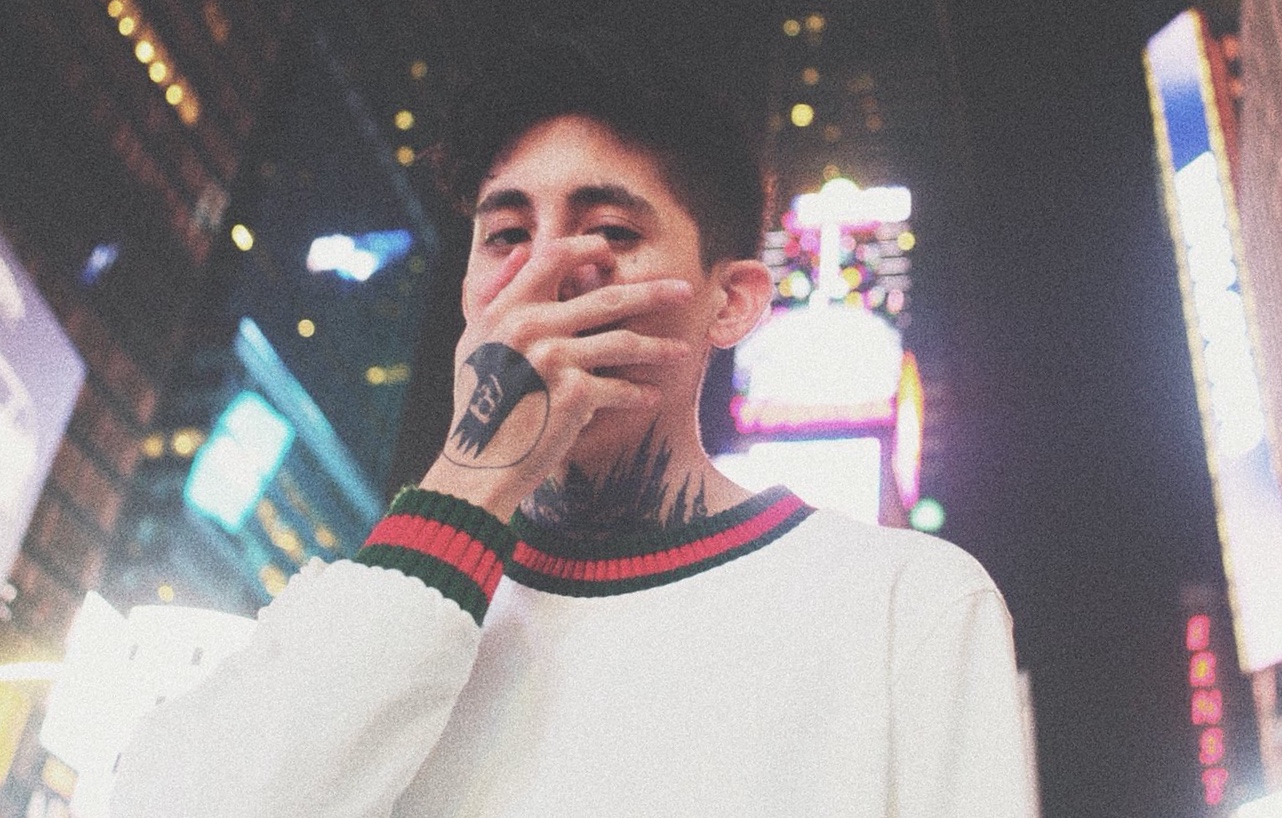 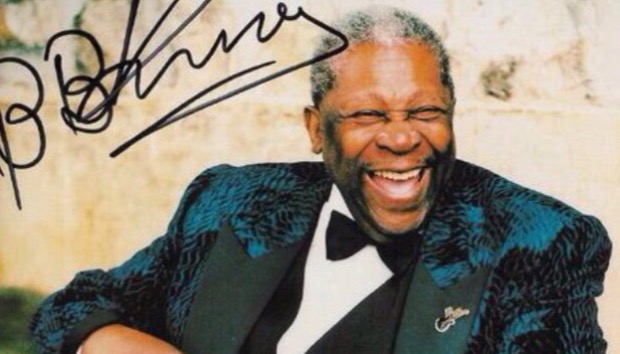 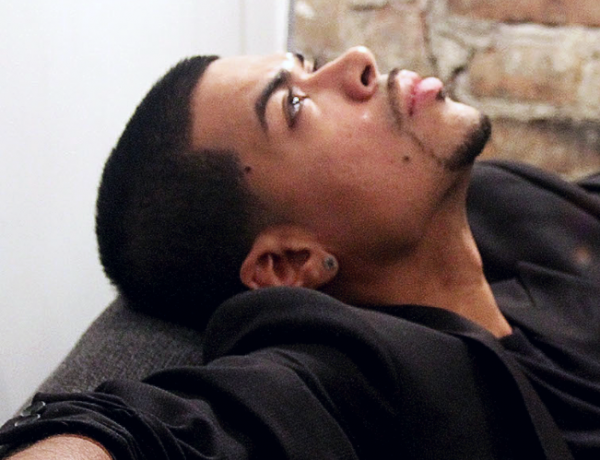