[dropcap]T[/dropcap]his past weekend was definitely one for the books! The highly anticipated 2nd Annual Milk and Cookies Music + Food Festival kicked off on April 7th at 787 Windsor in Atlanta. The event highlighted well-known locals along with some big names from the music industry. There were also tasty food and dessert trucks that served ticket holders all evening long.

The event started with ATL native, Dj Decoteau of Bae Worldwide; following Tim Gunter who both ripped the turntables as the venue began to fill up. Later, Summer Walker, the first female artist of LVRN, took to the stage to perform for her very first time. Energetic local talent Bosco, came out jumping as the crowd went wild. After her epic performance, I was able to steal a quick question from her. I asked how she’s feeling at this point in her music career. Bosco stated she’s feeling super inspired and excited for her career. She also talked to me about who in the music game influences her. It wasn’t a surprise when she dropped names such as Erykah Badu and Lauren Hill and of course loves her indie artists.

Sahbabii followed, tearing the stage down with their mega hit “Pull Up With Ah Stick” and “Purple Ape.” Their hype man brought out a life-size blunt that filled the sky with a purple haze that surely set the tone for the rest of the evening. When ATL native Xavier Omar hit the stage next, he started with a rendition of the infamous “Pokémon Go” track. He then brought out some major R&B vibes when he performed his hit “Blind Man” and his band was definitely one of a kind.

Around 7pm, the sun disappeared and chilling temperatures and rainfalls came as a surprise. However, none of that stopped the amazing Singer, Songwriter Alina Baraz when it was her time to shine. Her album The Color of You that debut just one day prior to the Milk and Cookies Music Festival was in perfect timing. She performed two songs from her album and some good throwbacks.

“I want my fans to know I love and thank them very much for all the support they have shown.”
—Alina Baraz

Hours before she took the stage, she held a private meet and greet with her fans that were in VIP. Right before her team shuffled her back to her trailer, I was able to grab a quick interview. I was curious where her inspiration came from for her new album; Baraz mentioned how she didn’t necessarily have a plan for the album, stating she would go into the studio and let her vibes do the writing. Her album is based off things that have happened from her past. I asked Baraz what is one thing she wants her fans to know; she said “I want my fans to know I love and thank them very much for all the support they have shown.”

The last to perform was none other than Tory Lanez. After just playing one song, his humble spirit wouldn’t allow him to continue performing on stage while the crowd stood in the rain. Lanez continued his set while jumping into the hands of his screaming fans and standing on speakers. He shut the stage down with songs from his 2nd album Memories Don’t Die which released March 2nd. He also reminisced with the crowd while performing hits “Luv” and “Say It.”

To go along with the great music vibes, there were mouth-watering treats and culture filled food trucks. The menus consisted of everything from funnel cakes and hibachi grills on wheels, to curry chicken and of course cookies and ice cream. There were also local graffiti artists in attendance that added their touch to the former steam-boiler manufacturing facility turned industrial art space which is now called 787 Windsor.

It’s safe to say that the 2nd Annual Milk and Cookies Music + Food Festival was a total hit! Despite the weather, everyone, including the artist truly enjoyed the entire event. I’m sure we’ll all be anticipating the 3rd year, as well.

Below, catch some shots of some of the artist who performed! 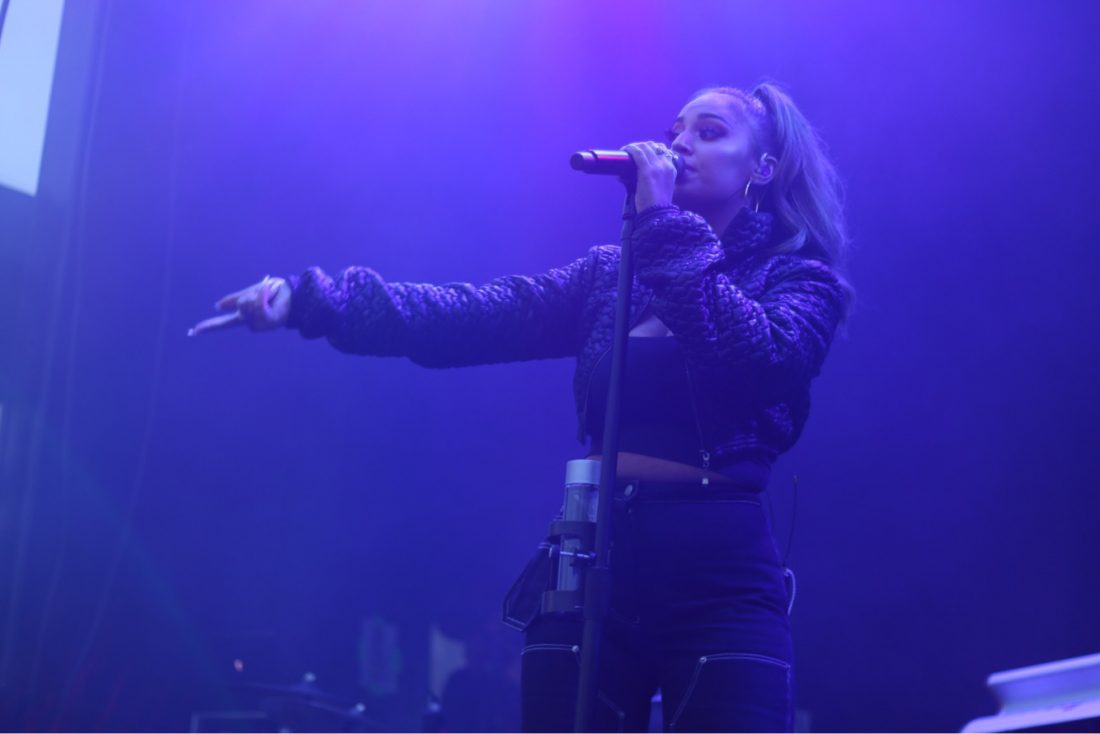 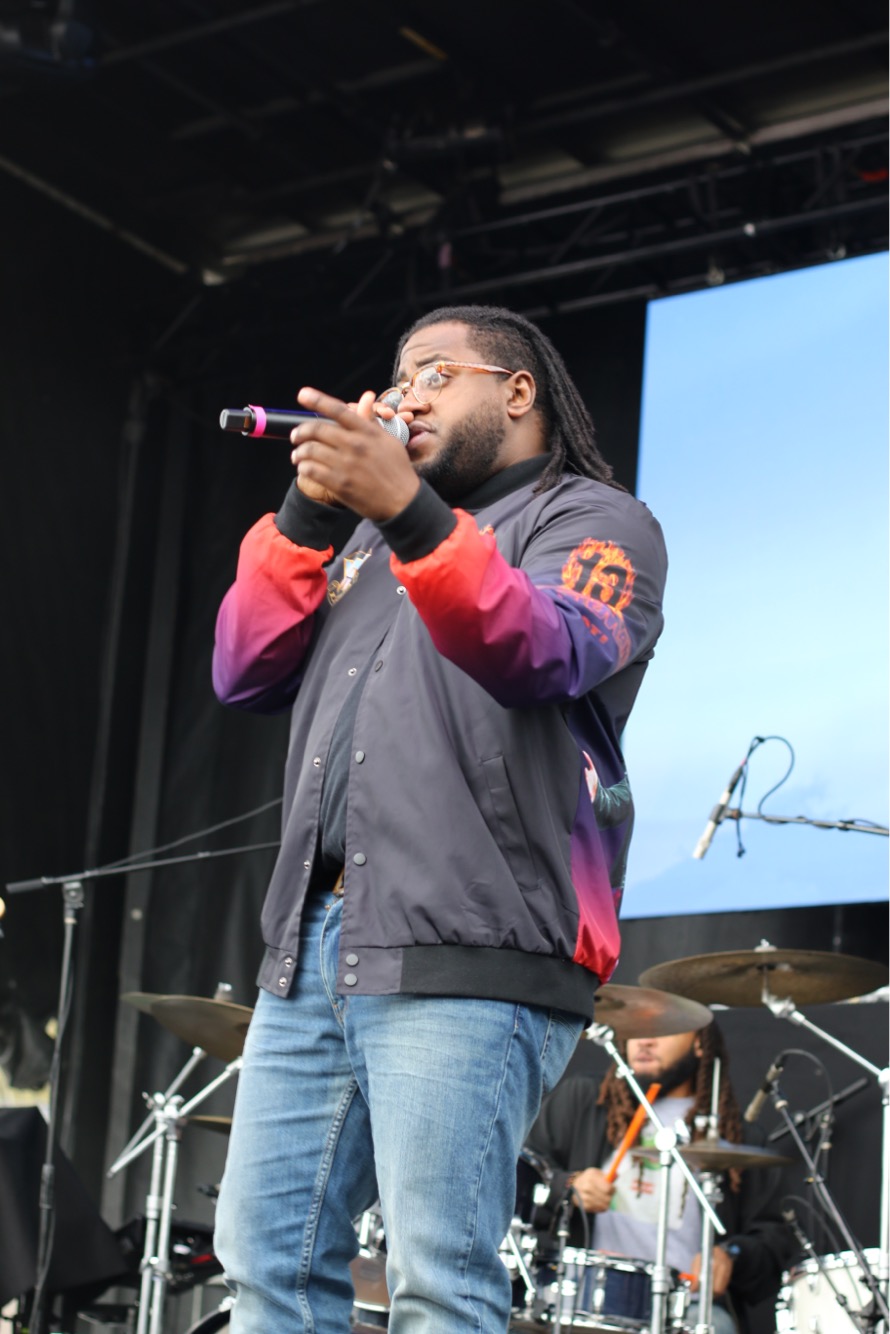 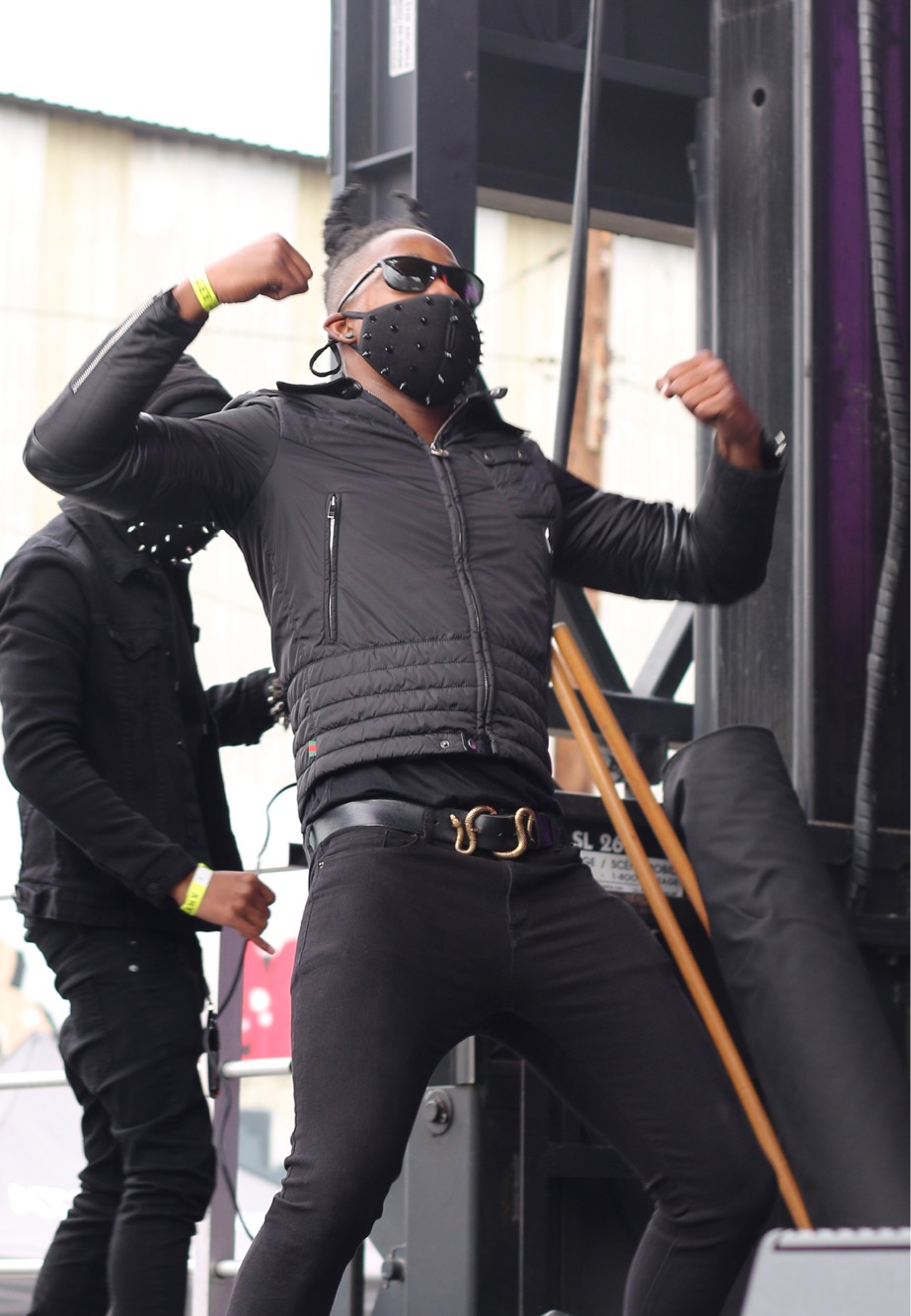 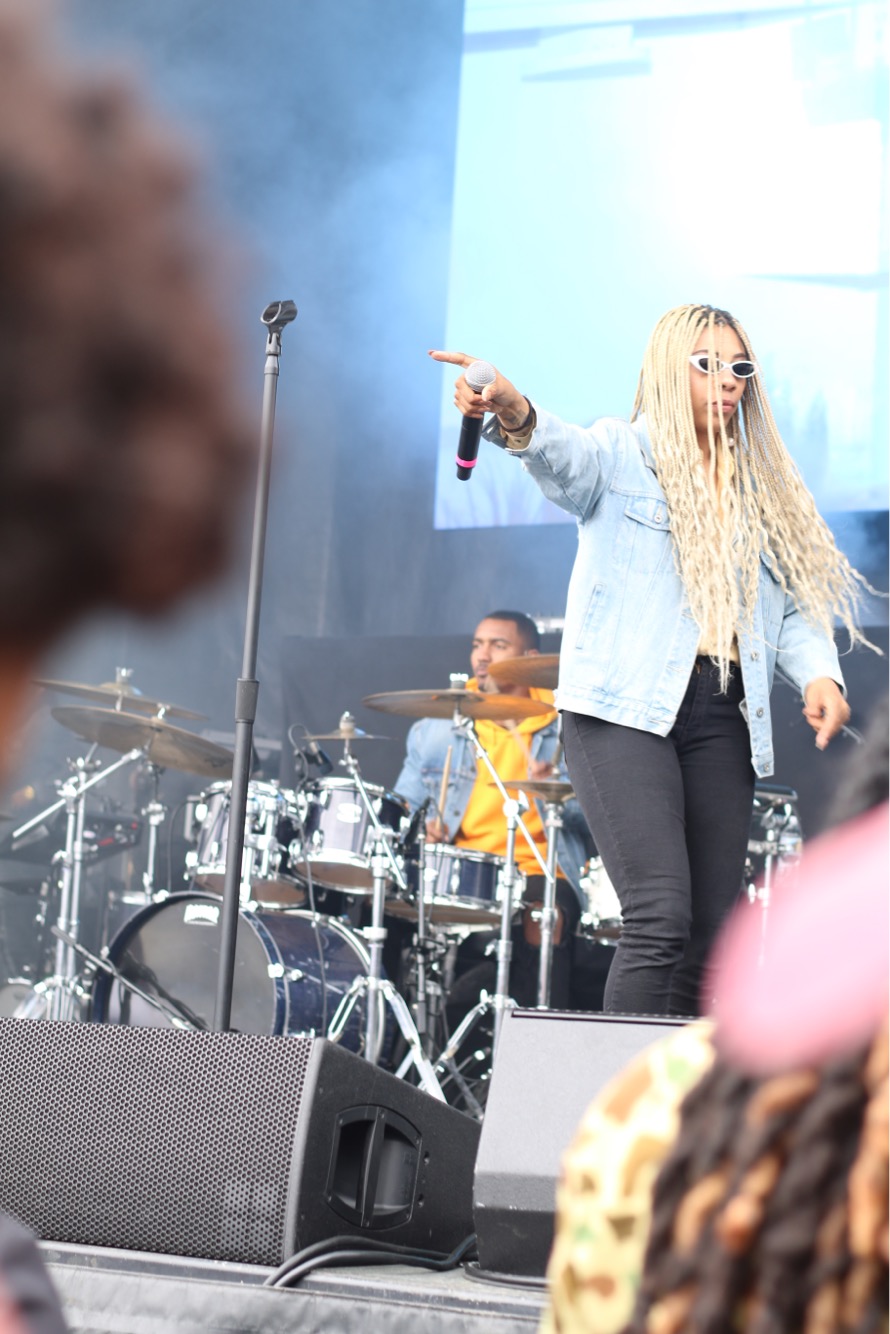 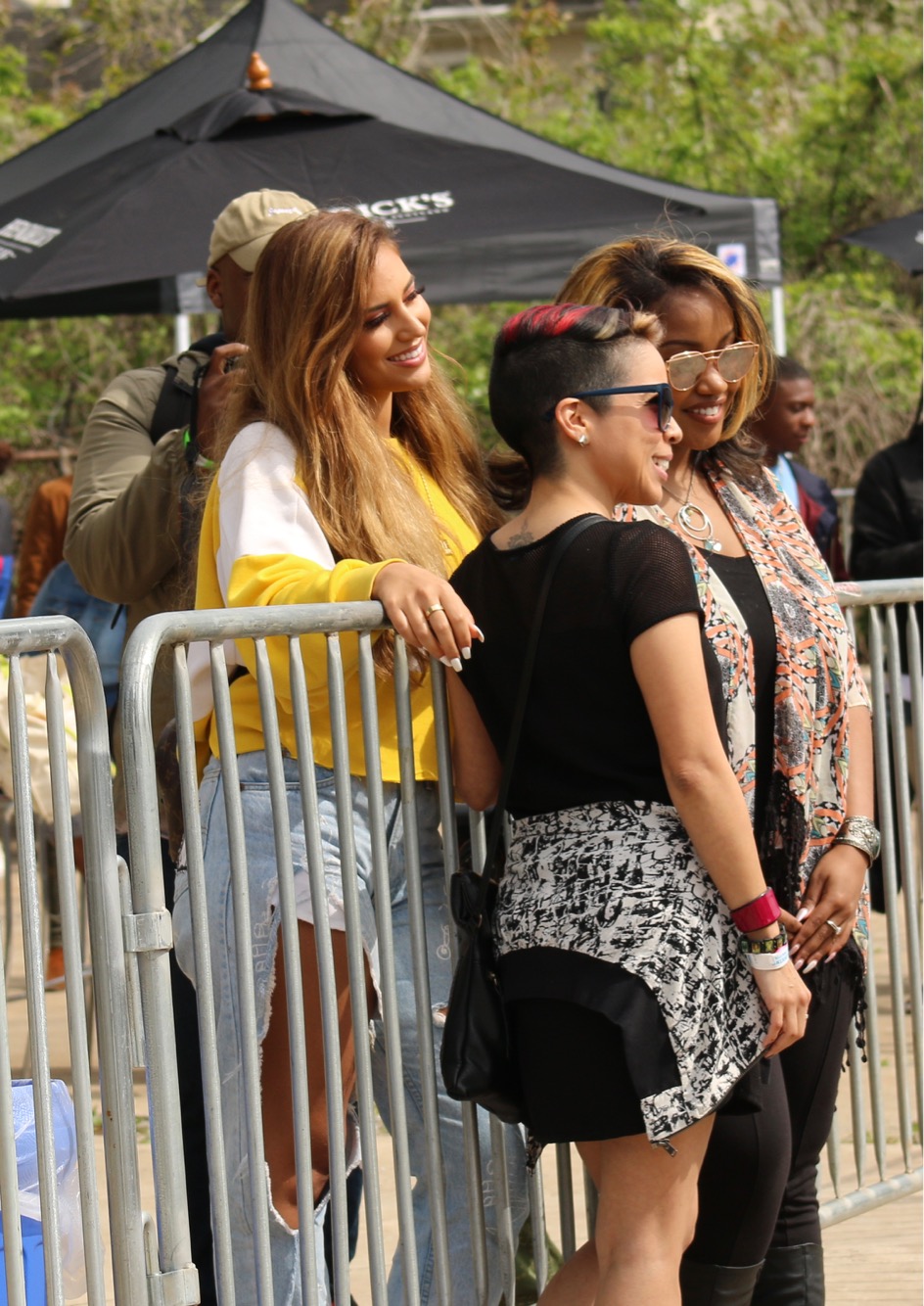 Tune In To This Week’s “Weekly Dope”

#IndieSpotlight: Quintin Tarintinto’s “No Self Pity” EP Is A Sure-Shot Hit