When Tupac passed away in Las Vegas after being shot [again], young Brooklynite Jo-Vaughn Virginie Scott (whom I share a birthday with) was either learning to walk, making a mess, or giving his mother the business as she tried to feed him. This—of course—is because the young rapper, known as Joey Badass, was still under two years old. This week, he was grossly misunderstood when he proclaimed (amidst some omitted context) that he could flame Tupac Shakur in a bar for bar bout. Old heads went in on the “Devastated” rapper, naturally; however, I think the blowback has been slightly unwarranted—here’s why.

First, we need to note that this isn’t an ignorance thing; unlike other younger artists like Yachty, Joey knows Pac’s music. Very well, actually. He’s been on record as calling him an inspiration. He even did so in the same interview that many didn’t bother actually to watch. As Joey explained, “they set the bar.” This bar was studied, and the young rapper feels as though he’s able to—on a strict bar for bar level—surpass it. So what’s wrong with that? Nothing. The problem is with you.

The next generation is destined to smash the one that precedes it. Also, hip-hop is a competitive arena, where aiming to be better comes with the territory. It’s unfair to use the grandeur of Pac’s legacy as a whole to try and discredit a youngster only five-odd years into his career—and with a wicked amount of accolades and co-signs. Again, Joey isn’t an average mumble rapper. He’s a lyricist whose done more for the underground true-school, backpack wearing, 90s-centric New York hip-hop scene than many rappers have done in a LONG time. That’s the reason that major figures like Premier were so eager to work with him early on. He not imitating, he’s organically building upon.

Also, to his credit, he didn’t live through Pac’s era—meaning he never caught the revolutionary aura of his ‘alive’ charisma. But he still understands it; pretty commendable. Listen, Pac was an amazing individual who at 25-26 changed the world [even if just a little]. But we’re not talking about anything else except bars; could Joey flame him in a battle? Maybe. It’s not a clear-cut win, by any means.

We’ll never truly know because Pac isn’t here, but we need to stop holding onto Biggie and Pac being ‘the greatest artists of all time, period, end of story.’ It’s holding a lot of people back from experiencing some great music, and polarizing young listeners from old listeners. Joey thinks he can flame his idols—and maybe he can.

He’s not the first to claim such, and won’t be the last. LL Cool J shit on Kool Moe Dee, Canibus shit on LL, and Pac shit on everyone. That’s what hip-hop is! Just…open your mind. Pac was (one of) the greatest voices of MY generation, but that doesn’t make him the greatest voice of every generation ever. Let the new generation find their own Pac without us telling them to stop looking. With all due respect; Pac will never be replaced—no need to rush to his defense. His legacy is solidified. Hip-hop is growing, grow with it. 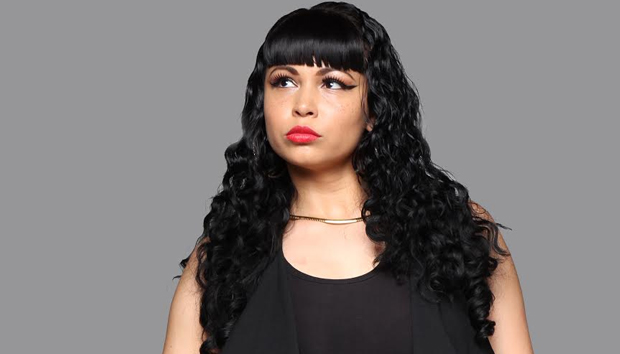 The RXNAWAYS Drop A Single From Their Upcoming Album